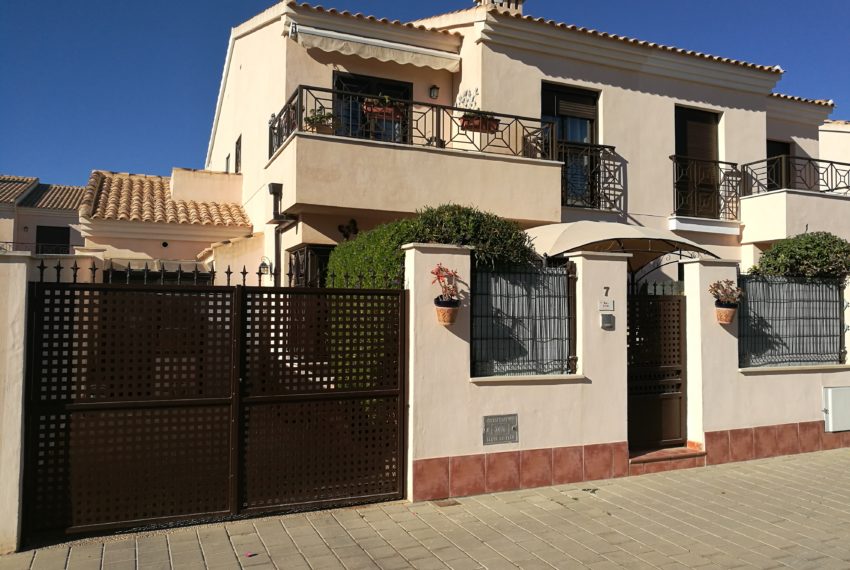 This 3 bedroom quad house is situated in the lovely development in the village of San Cayetano, Murcia.

With a large lounge diner, independent kitchen, double bedroom with built in wardrobes and a bathroom on the ground floor this property is very easily accesible.

On the first floor there are a further 2 double bedrooms and a bathroom.

The villa has a large patio area to the front ideal for sunbathing and dining.
The property is sold part furnished with Air-conditioning in the lounge and two of the bedrooms.
The development is neighboured by a bar and social club with a large swimming pool.

The small town of San Cayetano is situated in the Municipality of Torre Pacheco, on the border of the San Javier Municipality. With a population of around 1000 people the town has various bars and cafes and a supermarket. The Restaurante Rincon de Joaquin within the town has a widespread reputation for its local Murcian dishes.
With easy access to the motorway, San Javier Airport is a short drive away and the beaches of the Mar Menor can be reached in less than 15minutes. The historical city of Cartagena is 30 minutes drive away and the capital of the region, Murcia, can also be reached in around 30 minutes.

This is a Europe’s largest lagoon, which maintains a warm sea temperature throughout the year with an average of 18 degrees centigrade. The Romans and the Arabs built thermal baths around the coast, and to this day people visit the area for the therapeutic properties of the bathing. There are also pockets of therapeutic ‘mud’ which is sought after (mainly by the Spanish) to cover their bodies and bake in the sunshine, this is very good for skin problems or arthritic conditions.

Its waters are rich in iodine and the maximum depth is only 7 meters. It is a haven for water sports such as jet skiing, kite surfing, sailing boats and fishing. The warm, crystal clear waters, shallow shore lines and beach inflatables also attract many families in the summer months.

An added bonus for aircraft enthusiast and visitors alike is the impromptu aerobatic displays from the Spanish equivalent of the Red Arrows, the Spanish national aerobatic team – Team Aguillas. It is a pleasure to see the whole team of seven jets performing intricate routines over the Mar Menor, often with streams of colored smoke to enhance their performance.
making this the ideal location for holidaymakers and residents!!

With 250km of coastline, the Costa Cálida (Warm Coast) is one of Spain’s fastest growing holiday hotspots. Along with the Mar Menor, the coast of the Costa Calida is home to many water sports, fishing, scuba diving, sun bathing and nature reserves.
The Costa Calida covers the area from the top of the Mar Menor right along to Aguilas. It has in recent years been more popular due to the ease of access of cheap flights and improved road systems. Although the region was a late starter in the construction building, it has benefited from the mistakes made in other areas and has ensured that there are plenty of green areas, and high rise buildings are only allowed on the La Manga strip and then only to a height of 9 story’s 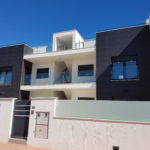 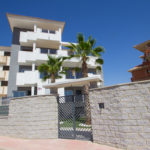