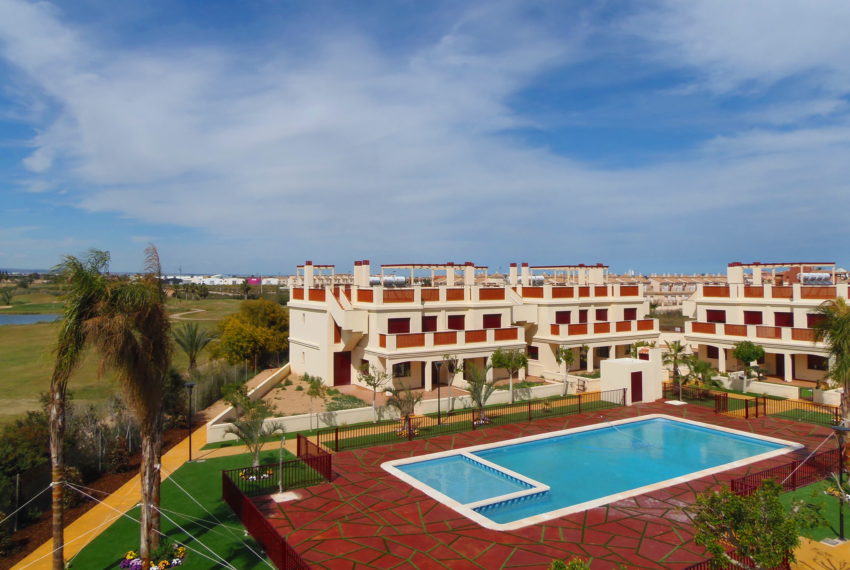 These 3 bed & 2 bath superb bungalows are located on a magnificent village called Los Alcazares, with prices starting from 145.000€ up to 155.000€
These apartments are a «Fantastic Investment Opportunity» and completion will be just after summer( October 2018)

These 3-bed properties have 2 bathrooms, open plan dining and living area with an open style fitted kitchen and terrace, include also a reversed crossable roof in solarium( the top floor)

Bathroom sink with countertop and taps.

It also has a relaxing communal area where you can find a nice pool and green areas..

This is an amazing investment for rental or personal use.

The beach is 5 minutes driving and you will have all the amenities you need just next door your apartment.

Let me give you some more information of the area:

All the local beaches are connected by means of a magnificent promenade. These are fully equipped with showers, fountains, access for the handicapped, and also a host of activities such as water sports and beach games.

In fact the Mar Menor, aside from being the biggest open-air health spas in the world, is also considered as one of the best areas for regatta and certain water sports, which can be practiced all year round. The shallow sea stays warm well into early autumn, making it a perfect late summer or autumn holiday destination.

This is a Europe’s largest lagoon, which maintains a warm sea temperature in whatever stage of the year (except December and January when only the most hardy Brits will brave the waters!) – with an average of 18 degrees centigrade. The Romans and the Arabs built thermal baths around the coast, and to this day people visit the area for the therapeutic properties of the bathing. There are also pockets of therapeutic ‘mud’ which is sought after (mainly by the Spanish) to cover their bodies and bake in the sunshine, this is very good for skin problems or arthritic conditions.

Its waters are rich in iodine and never get deeper than 7 metres. It is a haven for water sports such as jet skies, kite surfing, sailing boats and fishing. The warm, crystal clear waters, shallow shore lines and beach inflatables also attract many families in the summer months.

An added bonus for aircraft enthusiast and visitors alike, is the imprompru aerobatic dispays from the Spanish equivalent of the Red Arrows, the Spanish national aerobatic team – Team Aguillas. It is a pleasure to see the whole team of seven jets performing intricate routines over the Mar Menor, often with streams of coloured smoke to enhance their performance.

With 250km of coastline, the Costa Cálida (Warm Coast) is one of Spain’s fastest growing holiday hotspots. Along with the Mar Menor, the coast of the Costa Calida is home to water sports, fishing, scuba diving, sun bathing and nature reserves.

The Costa Calida covers the area from the top of the Mar Menor right along to Aguilas. It has in recent years been more popular due to the ease of access of cheap flights and improved road systems. Although the region was a late starter in the building stakes, it has benefited from the mistakes made in other areas and has ensured that there are plenty of green areas, and high rise buildings are only allowed on the La Manga strip and then only to a height of 9 storeys 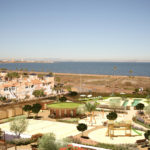 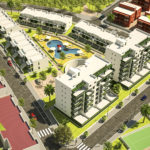